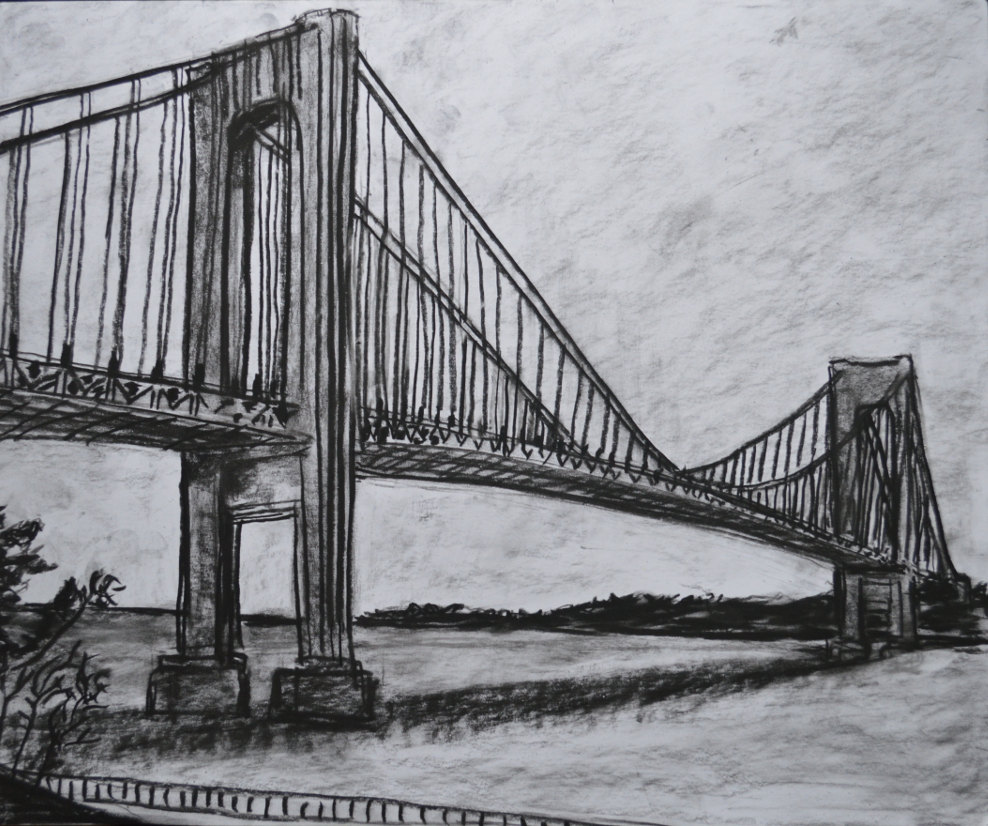 From the short story “A River in Egypt,” from the fantastic collection The Spot, by David Means. The passage documents Cavanaugh’s journey into grief, as he reflects on the imminent hardships which will accompany his son’s diagnosis of Cystic Fibrosis.

“Cavanaugh  imagined all of the above as he drove back over the hudson while Gunner slept in the backseat with his head lolling to one side and his tiny mouth open around his own breath, and, down below, the river fretted with bits of white chop as the first hard wind of the fall drove down from the north and cut past Hook Mountain on its way to the city. As he drove, he began to cry, openly and with stifled guffaws, the way a man must cry when he is faced with the future, any future, a good one or a bad one, and after he has sat alone in a room with his child, waiting for sweat to collect so that he may know something about what is to come, some exactitude in the form of a diagnosis; he cried the way a man must cry when he’s driving, keeping both hands on the wheel and his eyes wide open through the blur, and he cried the way a man must cry when he is exhausted from being up deep into the night while his boy coughs up almost unbelievable quantities of phlegm, clearly succumbing to a disease process–as his doctor called it–that at that point was indeterminate; he cried for himself as much as for his son, and for the world that was unfolding to his left, an open vista, the gaping mouth of the river, which at that moment was flowing down to the sea, hurrying itself into the heart of New York Harbor. He was crying like a man on a bridge–suspended between two sides of life, trapped in the blunt symbolism of the spans, and atop the floating pylons that sustained the decks of reinforced concrete–while his son slept soundly, unburdened now, it seemed, when Cavanaugh looked back at him in the mirror, and afloat on his own slumber.”