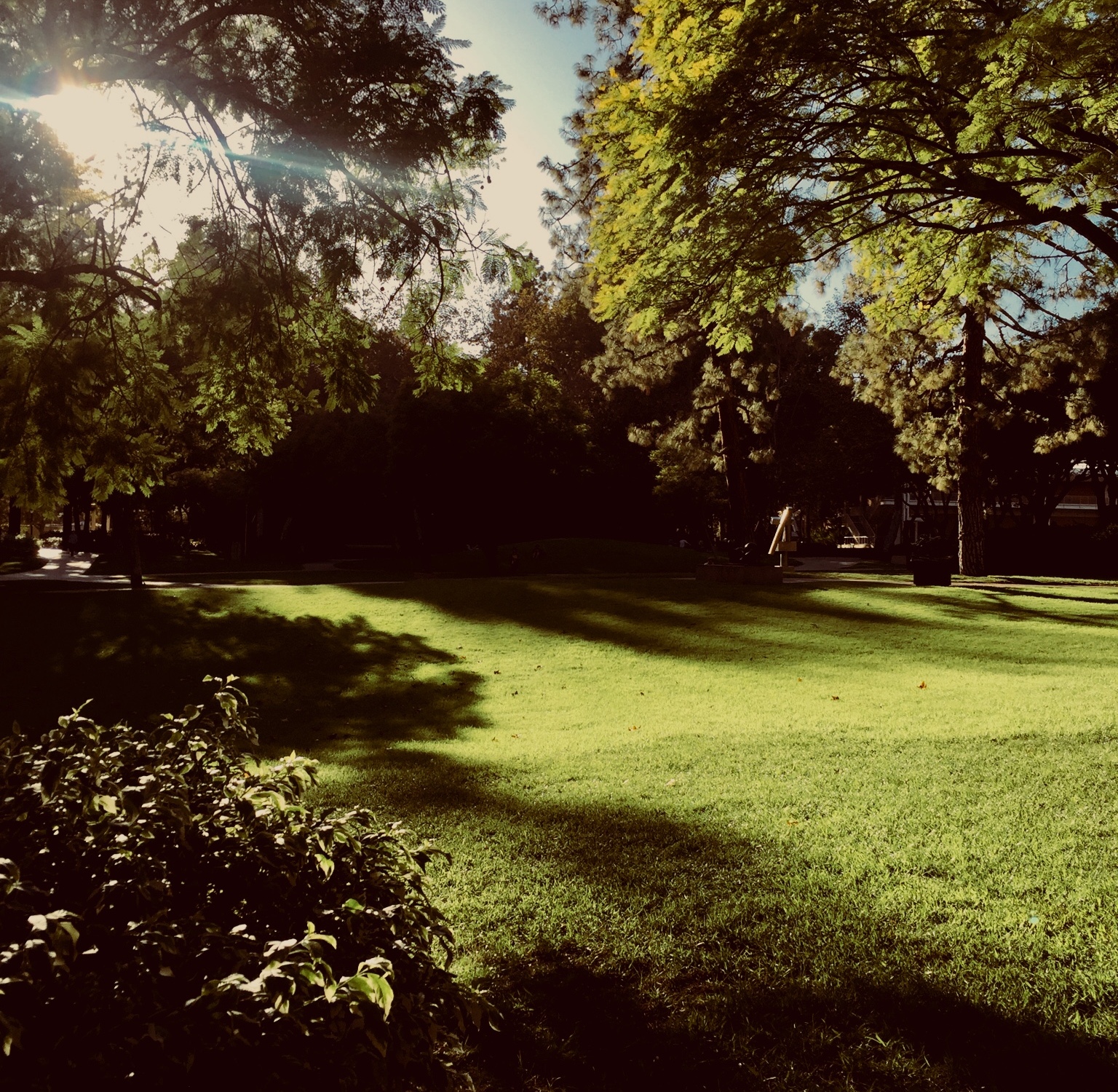 Tell me what you see.

A bird. No, a rabbit.  The ears. There’s its shattered heart.

She squeezed my hand. We were side by side, on our backs, facing a dying sky and pointing out what it revealed to us. This was her idea. I wanted to talk about feelings and the terrible rage that tramples a person’s soul when they are no longer cared for.

We spent the summer up at Kinsey. Up there in the forest where nothing matters, where civilization lay concealed beyond the horizon of conifer pines and redwoods and sharppeaked mountains that rose jaggedly around us. Once we saw a wolf. Once we saw a pair of foxes and family of deer, always deer, and owls and mountain cats and spiders the size of my wallet. It was a place designed for improvement. The reclamation of the human spirit. It was a place you had to want to be at. You had to want things to get better.

A snail. A knife.

Houses. Lots of them, bunched together like crooked teeth.

Once the days began to shorten I spoke less and less.  The situation was fragile. The slightest misspoken word could spark a discussion about leaving, when to leave, and how.

Sleep was rare. I woke up exactly at 4:15 every morning against my will. Cheek to pillow, I looked at the curtains billowing in the young autumn breeze and brightening as the night tapered into day. Then I went to the store. Bagels and strawberry cream cheese, coffee. Cucumbers and bacon for sandwiches later on. Each morning I had breakfast ready by the time she woke up. We sat across from one another and ate and sipped coffee and looked at the mellow sun pinned above the mountaintops and we laughed because we both felt it and had no words for it. The remarkable escape, clear minded and happy.

A chair. A big old sofa chair with the stuffing busting out of it.

Maybe a clown’s profile. The hair and the nose.

I had a journal. Never before, never again. But for that summer I wrote down everything. I wrote down the second first kiss we had (June 4), and then kept tally of each time we had sex (136) and when each one of us said, Why don’t we just stay here? Let’s just stay. (1)

We played cards. We took our clothes off and went swimming in the creek. She prodded me every few days to call my mom. See how she’s doing, she said. Just tell her you’re checking in. It’ll make her happy.

We prayed. We cried. We fought once, a blowout. I brought up something from the past and she accused me of always bringing up things from the past, which was true, but I couldn’t bring things up from the future because they hadn’t happened yet, and bringing things up in the present would sound like a narration, so what choice did I have? And besides, I said. Isn’t that where it all resides? The past is unfathomable, it’s like gravity. We must keep our pasts in our back pockets, always. But she disagreed. No more talk like that, she said. Promise? No more.

A tractor. A weapon that hasn’t been invented yet. Like a super large cannon. A destroyer.

There was this pepper tree in my backyard growing up. That pepper tree.

She won’t ever admit it. But it was the wound that turned things sour. The wound was not there when I went to bed, I told her. But in the morning my hand hurt and in the web of soft skin between the forefinger and thumb of my right hand appeared a series of sharp cuts that spelled out her first name. Now why’d you do that? she said. Marlon. C’mon, that’s childish. Harming yourself like that. That’s there forever. Maybe I want it to be, I said. No, she said. No no no no no.

It wasn’t long after that. She blamed it on the light. The shorter days made her sad up here alone. You’re not alone, I said. I’m here. Yes, yes. But you know what I mean, she said. It drains you up here.

If things were going to work out they would have done so in the span of a season. This was her thinking. Summer to Autumn. Our time was up. We’d spent most of that morning packing all of our belongings into the Subaru. The pillows were last. She said, Wait. She grabbed them and took me by the hand and led me to a patch of soft grass. I’ve always wanted to do this, she said. Lie next to me.

A church choir. Two pigs sewed together end to end.

The state of Kentucky.

Why am I doing all the talking? I said. What about you? What do you see?

What do you see? I said.

She turned to me and said, Nothing.